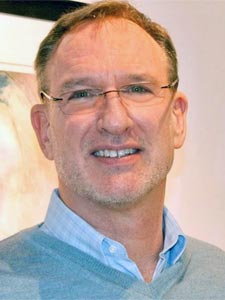 CHICAGO—The Board of Directors of The Anti-Cruelty Society announced the appointment of Tracy Elliott as President effective February 25. Elliott comes to Chicago’s oldest and most comprehensive animal welfare organization from Asheville, North Carolina, where he was Executive Director of the Asheville Humane Society since 2015. Elliott replaces Robyn Barbiers, DVM, who retired in December after serving as President for 10 years.

He has volunteered on the board of directors of several nonprofit agencies and has received numerous social and business awards recognizing his community contributions. He holds a bachelor’s degree in history from Harvard University and a master’s degree in nonprofit management from the University of Notre Dame.

Born and raised in a small town in Indiana, Elliott said his family was a bit “animal crazy” and he was taught to show compassion for all animals. His work at the Asheville Humane Society focused on brand clarity and strategic initiatives to enhance core sheltering and adoption services and also to expand services for pets, and their people, into economically-challenged neighborhoods to keep pets safe and healthy with the families who love them. The program attracted national attention for its work in public housing neighborhoods in cooperation with the Housing Authority of the City of Asheville.

“It is an honor to become part of The Anti-Cruelty Society’s 120-year legacy to protect and care for animals. I look forward to working with the staff, volunteers, and supporters to help raise the profile and awareness of the good work of the Society,” says Elliott.

“Tracy brings great experience working with nonprofits, and because of his work with Asheville Humane Society, he understands the complexities and the need for the work we do,” says The Anti-Cruelty Society board chairman Steven H. Klein. “We are looking forward to working with him as we position the Society for its next 120 years.”

Elliott and his fur family of two will relocate to Chicago and he will take over the leadership of The Anti-Cruelty Society on February 25.